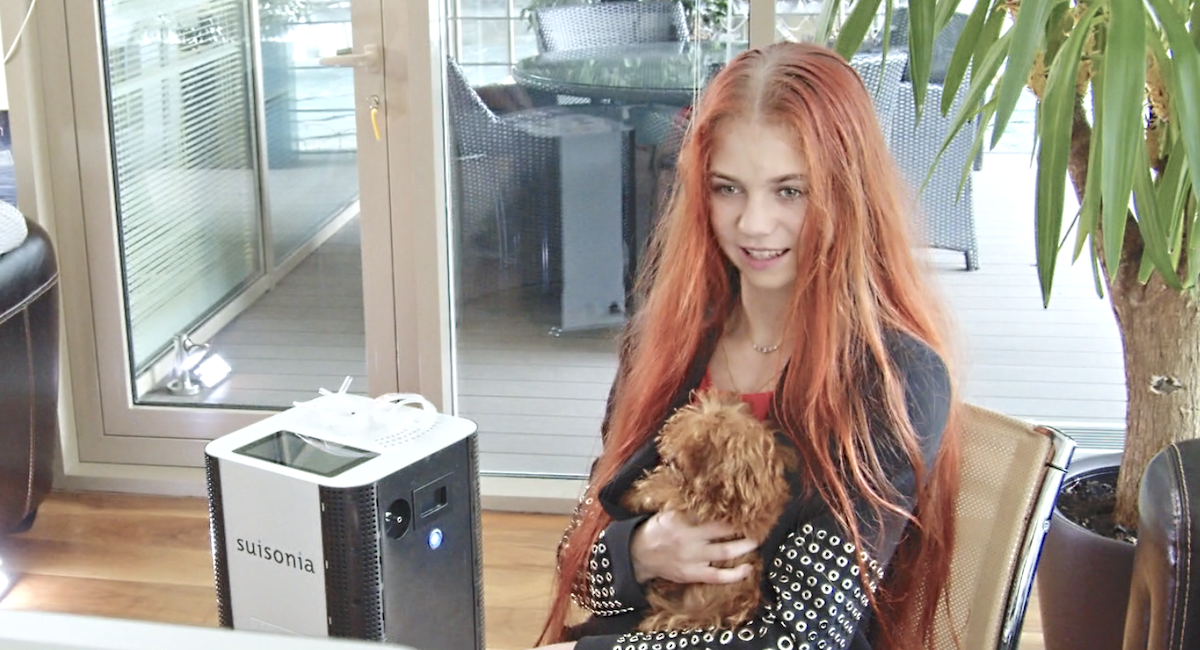 On August 15, 2021 – “suisonia”, an inhaler with unconventional technology that generates “active form of hydrogen”, has been gifted to Russian skater Alexandra Trusova remotely. “suisonia” is highly anticipated medical device supporting athletes for performance and care after training.

Previously, Suisonia was being used by another olympic skater from Russia, Evgenia Medvedeva who won silver medal in Pyeongchang Olympics. Trusova also have shown interest, ready to try it out.  After the manufacturer of the device “Suisonia Co., Ltd JAPAN” underwent an internal dicussion, they decided to gift one unit for her.  Katsuyuki Hashimoto, President & CEO of Suisonia Co., Ltd wanted to always support serious sports athletes like her.

“suisonia” is a medical device researched, developed and manufactured by Suisonia Co., Ltd. “suisonia” is a device that generates special hydrogen steam used for inhalation. Unlike other hydrogen inhaler, instead of using electrolysis, “suisonia” uses an original technology called “Superheated Steam Reduction” to generate hydrogen gas.

As for World Anti-Doping Code (WADA), hydrogen is not listed under prohibited substance or substances that does not exist in natural environment. Thus hydrogen inhalation is not considered as doping.

Trusova was born in 2004 and currenly 17 years old. Trusova is the first skater who ever succeeded in three types of quadruple jumps in an official competition, thus set a world record. Trusova took a 3rd place in Stockholm world championships. Despite there are so many skaters in Russia, Trusova is highly anticipated skater, and now she is viewed as a candidate for gold medalist in the upcoming olympics in Beijing.

Thank you very much for gifting Suisonia. Currently I’m using it for one hour every evening. Since I learnt that using Suisonia before and after training will help increase performance while recover muscles after workout, thus I would like to use it more often.

When I noticed my blood capillary flow before and after using suisonia, I was surprised with a huge change in the speed of blood flow in just few minutes of inhalation.

I’m having a competition on 2021 for World Championships and Grand Prix Final in Japan. Including Suisonia team, I’m looking forward to meet Japanese people.

Suisonia Co., Ltd (Previously: Earth Engineering Co., Ltd) was established in 1978 as a manufacturer of industrial robots, thus manufacturing is the strength of this company.

■ Contacts and Interview Requests regarding this news